Home / Blog / Electric chopsticks that reduce salt consumption? What’ll they think of next?

The advice on what to eat and what not to eat can change over time, and diet fads come and go. The paleo diet entails a lot of red meat eating, the Mediterranean diet, not so much. Keto lets you eat butter and cream. On the other hand, the low-fat diet. Let’s just say it’s light on ice cream.

The Japanese diet, which contains lots of fish and little by way of processed foods, is considered one of the healthiest. A proof point: Japanese life expectancy, at 85.03 years, is second highest in the world. (Hong Kong, at 85.29 ranks first. If you’re wondering where the U.S. falls in all this, our average longevity – 79.11 years – brings us in at 46th place.)

But the Japanese diet isn’t perfect. For one thing, it contains too much salt, a key ingredient of miso and soy sauce, both widely used in Japanese food. And if there’s one thing that stays pretty consistent about diets, it’s that, while 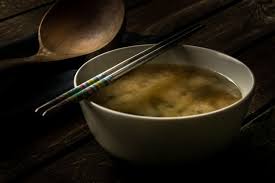 sodium is in fact an essential element of a healthy diet, required for a number of physiological processes, including electrolyte balance, when it comes to salt, too much of a good thing can be a bad thing. Overdoing it on salt can lead to high blood pressure, heart disease, and stroke.

So researchers at Japan’s Meiji University and Kirin, a major food and beverage company, have tackled this problem. And they’ve come up with a pretty novel solution: electric chopsticks that make foods taste more salty than they are.

The device works by applying an “electrical stimulation waveform” to the chopsticks…[This] is achieved via cathodal and anodal stimulation. Anodes and cathodes are electrodes, with anodes releasing negatively-charged electrons and cathodes taking them in.

The chopsticks work on sodium chloride, aka table salt; and sodium glutamate, aka the undeservedly controversial taste enhancer MSG. In a solution of sodium chloride and water, negatively charged hydroxide and chloride ions are attracted to the positive electrode, whereas positively charged hydrogen and sodium ions are attracted to the negative electrode. (Source: IFL Science)

In other words, “the device transmits sodium ions from food through the chopsticks, to the mouth, where they create a sense of saltiness.” (Source: The Guardian)

The chopsticks don’t do the job on their own. The eaters wielding the chopsticks are also wearing a smart wristband that takes care of the computing. (Laughably – to me anyway – the wristband device is referred to as a “mini-computer.” To me the term conjures up the Digital Equipment Corporation PDP-11, or the IBM AS/400. Not that I was around for the heyday of the minicomputer, mind you!)

Here’s a summary of the experiment the researchers conducted. The 36 study participants were asked to sample two gels. One contained 0.80 percent salt, the other 0.56 percent. Participants were able to correctly identify which gel tasted saltier. But when they used the special electric chopsticks, the less salty gel was actually perceived as saltier than the 0.80 percent salt gel.  Study participants were also fed a reduced-salt miso soup. When eaten with the electric chopsticks, people noted an “improvement in richness, sweetness, and overall tastiness.”

I don’t know whether I think this experiment is weird or interesting or a little of both. So let’s just leave it that I find it all that and a bag of chips. Speaking of which, I can’t see using chopsticks – electric or otherwise – to eat a bag of chips, but maybe someone will come up with a way to make chips less salty while still satisfying a salt craving.