This year, EE Times turns 50, and to celebrate the occasion, they’re publishing a lot of interesting content on the history of the electronics industry. One thing they’ve done is a series of articles by David Freedman that call out the work of some of the “Hall of Fame” engineers “who have helped make the industry safer and cleaner.”

Here’s a bit about two of the engineers – we’ll get to the others in a later post – they’ve elected to their virtual engineering version of Cooperstown:

The Father of Semiconductor Safety

In the early 1970’s, Ed Sawicki, having just returned from a tour of duty in Vietnam, was going to school to study engineering and working part time. One of his gigs was working security for Signetics, a pioneering chipmaker. Soon, safety was added to his mission. Here, his wartime experience with demolition stood him in good stead. 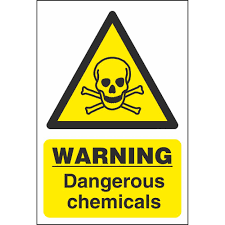 toxicity, including arsine, silane, lead, arsenic, hydrochloric acid, and benzene. “Silane is 9× as explosive as TNT by weight,” Sawicki points out. “These were nasty chemicals, and the industry had some hellacious accidents.”

The EPA and OSHA had recently been created, so environmental and workplace issues were capturing some attention. While Sawicki saw the need to address safety issues, he wasn’t in any position – little authority, no budget – to put in place the precautions he thought were essential. Then he heard that a new kid on the block – Intel – was hiring. They were in need of a safety engineer. And they were committed to making real improvements in semiconductor manufacturing.

Because everything was new, Sawicki was creating the Intel safety model from scratch.

He brought in scientists, engineers, and physicians from Harvard University and other top institutions who specialized in analyzing toxic and volatile chemicals and their impact on humans, often applying lessons learned in the mining industry. He didn’t know it, but he was helping to grow the nascent field of what would become known as “industrial hygiene,” which applied science to improving health and safety in industry.

Among the changes Sawicki put in place, he brought in infrared spectrometers to detect whether there were any toxic gases leaking. Without this early warning system, the only way companies knew there was a leak was when their employees started getting sick. He also set up an in-house HAZMAT team which, after a while, local fire departments started enlisting for help with incidents at other companies. Intel came up with a new position for Sawicki: global director health and safety.

In 1979, Sawicki left Intel to become a consultant. Over the years, he worked with most of the big semiconductor outfits, as well as with a number of Silicon Valley fire departments. He also helped found two industry-wide associations so that firms could collaborate on health and safety issues, and worked on international safety policies for electronics manufacture.

The National Institute for Occupational Safety & Health dubbed Ed Sawicki “the father of semiconductor safety.” Of this Sawicki says, “There’s nothing left on my bucket list.”

The Gospel of Semiconductor Safety, according to Neal Langerman

Right on Ed Sawicki’s heels, and sometimes running in parallel, Neal Langerman, a Utah State University chemistry professor, got involved in chemical-safety training at a major semiconductor plant. Recognizing that “every fab [was left] to deal with safety in a disorganized, ad hoc way,” he set up a company that began focusing on semiconductor industry safety.

There was the silane gas problem. And the phosphorous oxychloride was used in some fabs, “which, if leaked, decomposes to a skin- and lung-burning mist of phosphoric and hydrochloric acid.” Some processes resulted in the production of deadly phosgene gas. The world’s consciousness – and the consciousness of the semiconductor industry – about gas leaks was raised in 1984 when a leak at an insecticide plant in Bhopal, India killed 2,000 people within hours. Over time, 15,000 deaths were attributed to the Bhopal leak, and hundreds of thousands suffered ongoing health problems because of it.

There were human safety issues to consider – and they were paramount – but the shutdown/restart costs to recover from a leak could also be colossal.

Langerman became “a persistent advocate for standardizing industry-wide chemical-hazard prevention and response practices.” His work got an assist from the introduction of “technology that could pick up even trace amounts of chipmaking chemicals.” (Prior to the early 1980s, the techniques available weren’t sensitive enough to detect chipmaking chemicals.) Other breakthroughs included the development of chemicals to neutralize leaked toxins, and improved equipment for moving those toxic chemicals around.

These weren’t Langerman’s inventions, but he helped developed processes and policies for the industry, “push[ing] the gospel of formalizing and standardizing safety practices.”

No word on whether these two Hall of Famers ever crossed paths, but I’m betting they did. These days, we can pretty much take many of the safety fundamentals in our industry for granted, and we have Ed Sawicki and Neal Braverman to thank for that.