I know that I’ve been focusing on trends of late, but then I (belatedly: it’s from last November) came across a trend piece from EE Times Europe that looked specifically at 5 critical trends in embedded technology. Embedded technology is what Critical Link is all about, so here we go. (I promise that this will be the last trend piece. Until I see another one of interest. Promise.)

Wireless connections: the growth is nothing short of explosive
This section begins by noting that the market for all things IoT is forecasted to hit $1 Trillion by 2025. That’s Trillion with a T. (I’m old enough to remember when a Billion with a B was a big number.) Wherever you g 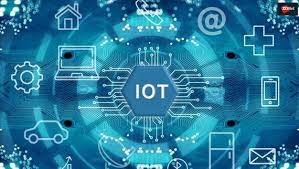 o, wherever you look, whether you’re in your home, your car, your workplace, on the factory floor, in a store or restaurant (now that COVID restrictions are being relaxed) or just out and about, the Internet of Things is almost but not quite ubiquitous.

Enter the 5G era, which:

…will push transmission speeds to 20 Gbps; 6G promises to be even faster. And with the availability of low-power wide-area networks (LPWANs), along with chips and devices from suppliers such as NimbeLink, Sequans, MultiTech, Elektronik, Digi, and Telit, the explosive growth of wireless connections will continue to accelerate.

If the IoT isn’t yet everywhere, it will be.

Speed matters. A lot.
With the availability of 5G networks, there’ll be parallel demand for increased processor speed. Soon enough, there’ll be new kids on the block. We all know about 8- and 16-core processors. And now there are 128-core processors available from Intel and AMD. Make way for the “5-nm-node–based 192-core processor [Arm] has on its roadmap.” Now that’s what I call fast.

What’s also fast is quantum computing, which focuses on areas that require massive computing power, like scientific research and machine learning. Quantum computing is a way away. There are a few kinks to be worked out in terms of measuring and controlling quantum bits (qbits). But it’s coming. And computing speed will increase radically when it gets there.

Cyberattacks aren’t going anywhere.
In fact, they’re getting worse. There are more of them, and as we rely more and more on the IoT to run our daily lives, they’re becoming more and more disruptive. And dangerous.

In September, the death of a patient in Germany was directly linked to a cyberattack. She needed urgent medical care, but a ransomware attack on the Düsseldorf hospital to which she had been rushed for care prevented the facility from providing the needed services to save her life. The patient was rerouted to a hospital 20 miles away, but it was too late. This was the first report of a tragedy of this kind, but it may not be the last.

In response, cybersecurity efforts are increasing:

Let’s hope that this is a race that cybersecurity will win, but we know that no one in this sphere will be resting on their laurels.

What do you know? VR is becoming a reality.
Virtual reality – and its cousins augmented reality (AR), mixed or merged reality (MR), and extended reality (XR) – are no longer just about gaming, but are being used in a varied industrial and commercial apps.

VR applications that can increase productivity span a broad range, including medicine, manufacturing, training, and entertainment. For example, a doctor-in-training requires many hands-on experiences, which may be costly to set up if not difficult to find. With VR, a simulation can be set up for the medical intern to practice without the risk of making a serious error on a real patient.

As the technology is perfected, we may find that more and more of our face-to-face encounters are with holographs.

More and more, artificial intelligence is making its way into embedded design.
AI is becoming as ubiquitous as the Internet of Things. Whether we know it or not, it’s in use when we make purchases online, seek customer support, check out who’s on our doorstep, let the car park itself, or (increasingly) ask our doctor for a diagnosis. That’s just the personal stuff. AI is also used extensively in industrial control systems and on the shop floor. And there’s more of it coming:

Today, the smart factory equipped with IoT and AI can increase productivity by monitoring the operation in real time and having AI make decisions that avoid operational errors. In the long run, AI could do much more. In one vision of the future factory, the facility would use AI and robotics to retool itself on the fly for production of a different product. An assembly line set up to build medical devices one day, for example, might build wearable smartwatches the next day.

Meanwhile, the price of AI hardware is coming down, so more embedded designs will likely be adding AI capabilities.

What’s next?
Embedded technologies will be incorporating all these technologies. Expect more, better, faster.