Home / Blog / What a difference a decade makes

As the year ends, I always find it interesting to look back at what’s happened during the past year in terms of technology. While I was wandering around looking for ideas, I came across an article by Kevin Ryan- “The Ten Greatest Investions of the Past Decade” –  on Inc. from this time in 2019. Admittedly, I’m a year late with this, but 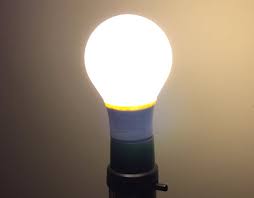 Ryan’s summary of the major technology breakthroughs of the “teens” decade is still worth reading through if only to remind us of what a difference a decade makes.

First up, Google Assistant, which Ryan views as “perhaps the closest thing yet to what’s known as general artificial intelligence.” With its ability to make your spoken wish its command, Google Assistant can take care of a number of tasks (like setting up calendar reminders) and query the internet for the answers to important questions like ‘what teams made the Final Four in 2003?’ (And, yes, the Syracuse Orange was one of them.) Before you ask where Alexa and Sir are, according to Ryan “when it comes to accurately understanding what you want, it’s leaving Siri and Alexa in the dust.

Jumping from the consumer to the life-changing, there’s CRISPR, the gene-editing system.

Essentially a process for slicing out undesired strands of DNA–i.e., disease–and replacing them with new ones, the tech is being used by scientists and startups to try to cure diseases from sickle cell anemia to cancer.

As anyone who’s watched loved ones suffer from any number of terrible diseases, the promise that CRISPR holds is amazing, and a real cause for hope.

Love him, hate him, or love to hate him, Elon Musk is a true visionary. The SpaceX’s Reusable Rocket has cut the cost of getting a payload into space down to “one-quarter of what it cost a decade ago–which has helped make space accessible to startups.”

Venmo lets you quickly pay a small vendor, easily split the cost of a dinner with your tablemates, and speedily dispatch the virtual equivalent of cash to your desperate college student’s bank account. This year, Venmo may end up handling a payment volume of over $150 billion, and it has more consumers using it than most major banks do.

I’m not a big Venmo user, but I was an early adopter of the Nest Thermostat, and I’ve much enjoyed playing around with it.

Nest’s thermostat lets you preprogram a temperature schedule. It learns your habits over time and, based on motion sensing and devices that are connected to your Wi-Fi, can tell whether someone is home and adjust accordingly. This all lowers the amount of energy your home uses when you’re not home, saving customers money and the planet from unnecessary carbon emissions.

When the iPad was introduced in 2010, a lot of people didn’t know what to make of it. We had laptops. We had phones – and they were getting bigger and smarter. So who needed something in between? But tablets took off, and Amazon, Microsoft, Google and others got in the act. Now tablets are everywhere. For many, they’ve replaced the laptop entirely. In other areas – food services, retail, real estate, healthcare – they’ve introduced new efficiencies.

The ​Self-Driving Car is still a way from being fully realized, but it’s coming. And the technology involved is super-interesting, especially to someone like me who is both a technology guy and a car guy.

Thanks to machine vision and some super-sophisticated artificial intelligence, the technology promises to make the roads a whole lot safer, resulting in 90 percent fewer deaths, according to the most optimistic estimates.

Lyft and Uber are both very interested in self-driving cars, which means that, somewhere down the line, they’ll do for their own drivers what they did for taxicab drivers. I.e., replace them. Truckers will face a similar challenge. Any industry involving drivers is likely to be severely disrupted.

Sure they cost more than Edison’s incandescent bulb, but the Consumer LED Light Bulb is more energy efficient.

The bulbs use 20 percent of the energy of their incandescent predecessors and can last 25,000 hours–with average use, that’s more than a decade.

Thanks to regulations on energy efficiency, bulb producers like Philips and GE have jumped into the market big time.

What the Nest Thermostat did for home heating, the Ring Doorbell has done for home security. Using your smart phone, you can see and talk to whoever’s at your door. (Interesting side story: Shark Tank rejected the Ring idea in 2013. Fast forward a few years, and Amazon bought the company for $1B.

Elon Musk is back again on the list with the ​Tesla Powerwall solves the problem of storing excess solar energy.

Tesla’s Powerwall, launched in 2015, offers that ability with a high level of sophistication, letting you program your usage to collect energy during off-peak hours, then consume it at peak times.

Lots of other things happened during that last decade. Smartphones got smarter. And all sorts of things from dog doors to refrigerators to diapers got smart. Uber and Lyft took off, as did all sorts of technology-enabled apps for seeing to tasks like ordering take-out food (success!) and ordering quarters for the laundromat (not so successful!). In 2019, 5G broadband cellular was first deployed.

We’re one year into the Twenties now. Much of the exciting new technology being introduced has been in response to the pandemic. Wonder what the rest of the decade will have in store for us.

If you’re curious about why I picked the lightbulb as the image for this post, well, the lightbulb is a symbol of ideas, of inventions. And this one’s a Tesla light bulb, so…