Home / Blog / On the road to autonomous vehicles

As a car enthusiast, and a devoted techie, I’ve been an avid follower of all the news about autonomous vehicles. While we’re definitely on the road to autonomous vehicles, the road is long and winding. And there are speedbumps along the way. But as everyone who’s sat behind the wheel – hands off! – while their car perfectly executed a parallel parking maneuver knows, we’ll get there. 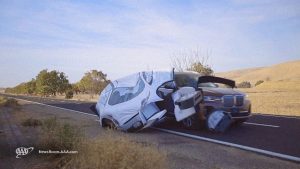 While a lot of media attention has gone to experiments with fully autonomous driving, “getting there” is going to arrive thanks to incremental changes that have been making their way into consumer vehicles for a while now: cruise control, alerts when you’re veering out of your lane, backing up guidance. The Society of Automotive Engineers has established a six-level continuum that defines automated driving. It ranges from Level 0, where the driver is in full control (but with light assistance like automatic emergency braking), up to Level 5, where the driving is 100% left to the control system, and the human “driver” is for all intents and purposes a passenger.

The available technology currently puts us at Level 2. At this level, the driver still needs to pay attention and take care of the driving tasks. But it includes Active Driving Assistance, with adaptive, or dynamic, cruise control (with speed automatically adjusted so that the vehicle stays a safe distance from the vehicles ahead) and lane keeping assistance working together.

How’s Active Driving Assistance working out? Well, according to AAA, the state-of-the-art puts things at a considerable distance from 100% reliability.

AAA automotive researchers found that over the course of 4,000 miles of real-world driving, vehicles equipped with active driving assistance systems experienced some type of issue every 8 miles, on average. Researchers noted instances of trouble with the systems keeping the vehicles tested in their lane and coming too close to other vehicles or guardrails. AAA also found that active driving assistance systems, those that combine vehicle acceleration with braking and steering, often disengage with little notice – almost instantly handing control back to the driver. A dangerous scenario if a driver has become disengaged from the driving task or has become too dependent on the system. (Source: AAA)

For their study, AAA tested out active driving assistance systems in routine scenarios, under both real-world and closed-course settings.

On public roadways, nearly three-quarters (73%) of errors involved instances of lane departure or erratic lane position. While AAA’s closed-course testing found that the systems performed mostly as expected, they were particularly challenged when approaching a simulated disabled vehicle. When encountering this test scenario, in aggregate, a collision occurred 66% of the time and the average impact speed was 25 mph.

Their recommendation? When it comes to Active Driving Assistance, we’re still in the early development stage. So proceed with caution.

Moving technology that’s not quite there yet is dangerous, especially given the tendency to oversell new tech. Because of this, drivers may not fully grasp that they still need to stay engaged and be ready to take over full control. Another problem with getting Active Driving Assistance into the public realm is that bad experiences will turn folks off to acceptance of autonomous driving – even when it becomes more perfected. As it stands, a 2020 AAA survey found that only 12% of drivers “would trust riding in a self-driving car.” All things considered, this is not surprising. But the automotive industry doesn’t want to encounter a stall in acceptance once the technology is more proven.

In the meantime, Active Driving Assistance is a step along the way to the fully autonomous vehicle. Can’t wait for more!