We’re hearing a lot about Augmented Reality (AR), which I kind of think of as Virtual Reality’s “kid brother.” Rather than offering a fully immersive experience in a fully virtual world for the user, AR layers digital elements on top of the real world, and the user interacts with actual physical objects. The market is growing, thanks in large part to the fact that most of us are already in possession of a device that supports AR: our smartphones. And there are many interesting application areas.

A number of these were laid out by Alan Seal in a recent post on vXchnge. Healthcare is one arena in which he predicts AR adoption for training on surgical techniques, among other uses. The military is also investing in AR. “By incorporating data drawn from multiple sources, augmented reality devices will allow soldiers to identify threats, access GPS data, and obtain remote views of the battlefield.” Then there’s Pokémon GO which is the world’s most successful (or annoying, depending on how you look at it) application of AR technology to date. Since its release in 2016, it’s been downloaded more than 1 billion times.

Retailers are getting in the AR act. The example Seal sites is IKEA, which lets shoppers see how that new piece of furniture will fit in their living room “by projecting a digital version of the piece right into their smartphone camera.” AR will also be adopted in the classroom. Students will be able to do more interactive learning, which will especially benefit those with different learning styles and challenges. We’re also seeing AR put to automotive usages, most notably in heads-up displays “that project information like speed and mileage in the corner of the windshield.” Plenty more to come there!

AR is also hitting the shop floor, and industrial manufacturers are increasingly deploying it. Aerospace giant/defense contractor Lockheed Martin is one such company, and their use was chronicled in an EE Times article by George Leopold just last week. They’re using AR technology to build NASA’s Orion spacecraft, which is a crewed vehicle designed for long-duration, deep space exploration. 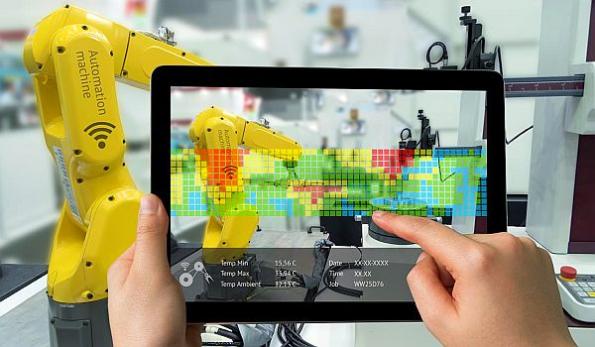 The company is using AR tools to assemble various Orion components, including the skeletal framework of the spacecraft’s titanium heat shield.

As you can imagine, the tolerances required are plenty strict, and the workflows that have resulted from using AR “have been used to reduce touch labor for Orion spacecraft components, including fasteners and accelerometers with narrow tolerances.”

The company estimates that AR technology has reduced touch labor for drilling by 45 percent and 50 percent for torque applications. The task of tightening Orion’s fasteners was reduced from six weeks to two using AR.

AR, which at Lockheed is based on the Microsoft HoloLens platform, is also useful for displaying “the precise spot where a spacecraft component should be attached. For volume parts like connectors, technicians previously had to manually measure before installing individual components.”