Hard to believe that, today, we’re observing the 18th anniversary of the 9/11 terrorist attacks on the U.S. Those of us who lived through it have indelible images of this day, and will always remember exactly where we were when we first heard the news. For most of us, our first impulse was to connect with loved ones, even if they were miles away from NYC, Washington DC or rural Pennsylvania. And we may well have connected using a mobile phone that seems primitive to what we have in our pockets these days. Some of us had a flip phone, but more than likely we didn’t. We could do some texting – remember hitting the 2 key three times to enter the letter “c” – but few phones had any Internet capabilities, and where those capabilities they were primitive. Camera phones did exist, but I didn’t know anyone who had one. (I barely knew they existed.) The iPhone, which ushered in the smartphone revolution as we know it, was still a few years in the future. 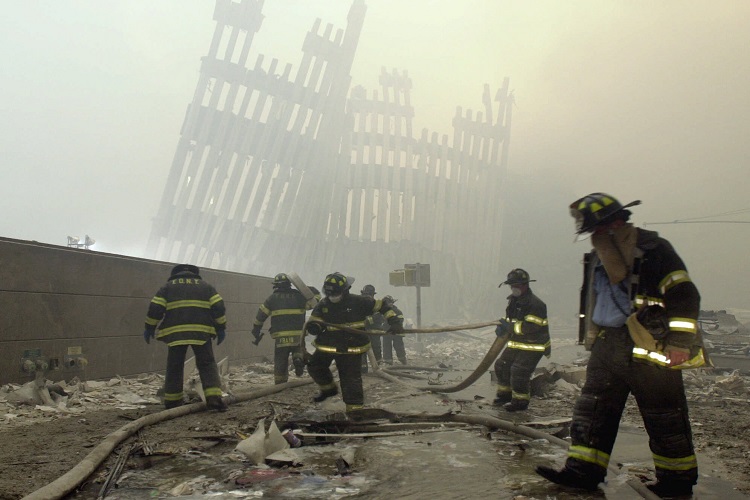 firefighters on the scene.

Here’s some of the technology changes since 9/11.

Just as smartphone technology has made the world a different place for all of us, so has it made a difference for firefighters.

Fire departments are equipping their firefighters with smartphone apps that act as a pager, recording dispatch calls and providing current intelligence aimed to aid in incident response. Get real-time maps and route addresses to ensure a timely response with the tap of an icon….In the full-time setting, company officers and incident commanders can have all of the incident details right at their fingertips. There’s no more guessing which direction Engine 6 will be responding from; you can see their route right on your screen and have the ability to point out which water supply hydrant they should catch. (Source: Fire Rescue 1)

Firefighters are also using smartphones to update social media. Since so many people rely on Facebook and Twitter for their news, a fire department can now provide crucial details about road closings, evacuations, and other details to residents of impacted areas.

Some departments are using drones equipped with cameras and thermal imaging technology to get the lay of the land. Drones were used in last spring’s devastating fire at Notre Dame Cathedral in Paris, preventing that fire from being more devastating than it could have been. Robots will increasingly be deployed, saving firefighters from having to enter structures.

Breathing technology is also getting better. The importance of this is underscored by the fact that, in addition to the 343 firefighters who lost their lives on 9/11, thousands of first responders who worked the rescue and recovery efforts have died of cancer as the result of breathing in toxic air.

Fire masks are also being improved upon. Masks are part of the self-contained breathing apparatus that firefighters wear into a fire.

Handheld thermal imagers ­— devices that visualize hot spots — were new in 2001, but since then technology has made it possible to combine them with the mask on SCBAs.

The thermal imaging system works by detecting infrared heat, and then transmitting this information into the in-screen display. Points of extremely high heat — which could be likely to explode into fire — glow bright red on the screen, allowing users to know which areas to avoid.

The display is positioned below the user’s eyeline, allowing them to look down into it when they want to see thermal imaging, but otherwise does not impair their vision. (Source: GovTech)

As far as I’m concerned, they can’t bring the new technology on fast enough. I certainly hope that we never go through another 9/11, but if we do, it’s good to know that there will be better technology to deal with the cataclysm.