Home / Blog / Thanks for the memories, implants

For a number of years, researchers have been working on brain implants that will help with memory loss. Now it’s been reported that devices that can restore memory-generation capability for those who’ve suffered traumatic brain injuries are closer to becoming a reality.

In a grainy black-and-white video shot at the Mayo Clinic in Minnesota, a patient sits in a hospital bed, his head wrapped in a bandage. He’s trying to recall 12 words for a memory test but can only conjure three: whale, pit, zoo. After a pause, he gives up, sinking his head into his hands.

In a second video, he recites all 12 words without hesitation. “No kidding, you got all of them!” a researcher says. This time the patient had help, a prosthetic memory aid inserted into his brain. (Source: Bloomberg)

The device used in the Mayo experiment, which was developed by Penn professor Michael Kahana in conjunction with Medtronic, deploys sensors in the brain “to measure electrical signals.” 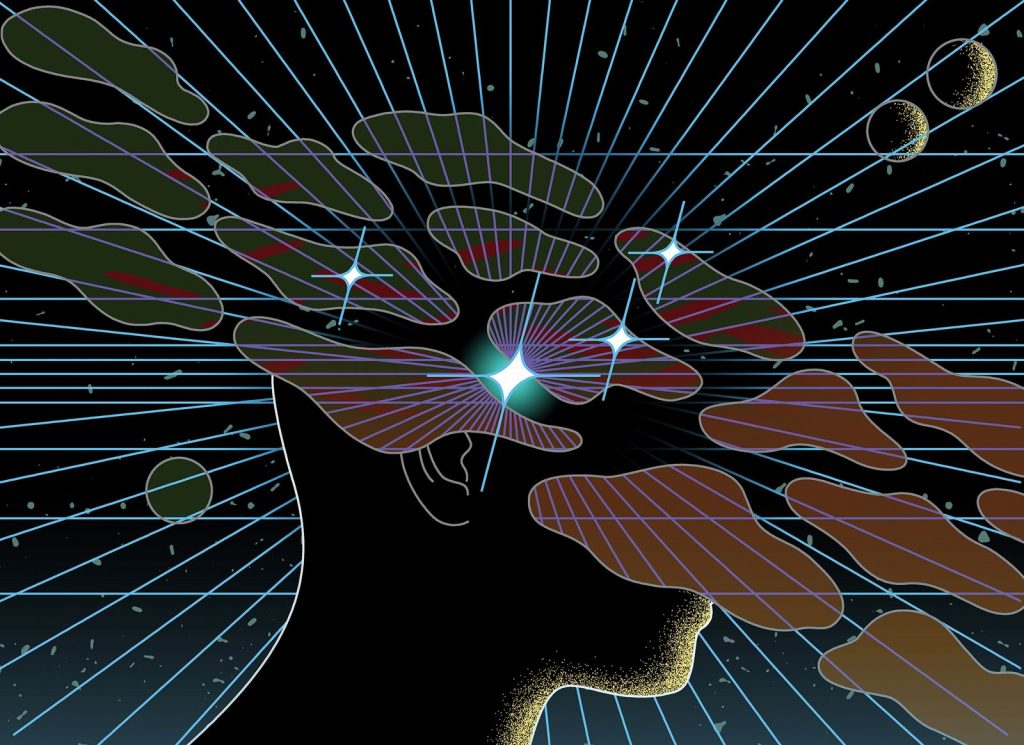 If brain activity is suboptimal, the device provides a small zap, undetectable to the patient, to strengthen the signal and increase the chance of memory formation. In two separate studies, researchers found the prototype consistently boosted memory 15% to 18%.

Another group, a collaboration between Wake Forest Baptist Medical Center and the University of Southern California, has used a different approach to memory retention. Their results were even more impressive than those achieved at Mayo, showing improvements of over one-third.

To form memories, several neurons fire in a highly specific way, transmitting a kind of code. “The code is different for unique memories, and unique individuals,” [lead author Robert] Hampson says. By surveying a few dozen neurons in the hippocampus, the brain area responsible for memory formation, his team learned to identify patterns indicating correct and incorrect memory formation for each patient and to supply accurate codes when the brain faltered.

Neither of these devices are ready for prime time quite yet. So far, the experiments have been conducted on those who already have electrodes implanted in their brains. (These are epilepsy patients, and the electrodes have been used to monitor seizures.) The implants rely on “clunky external hardware that won’t fit in somebody’s skull.” But there’s work underway to make devices that are actually small enough to embed in someone’s brain.

The U.S. Defense Advanced Research Project Agency (DARPA) funded both of these projects, and the first people who the emerging technology will be used on are veterans.  With all the traumatic brain injuries suffered by our military personnel over the last couple of decades, there’s no one more worthy of benefitting from it. Up next will be Alzheimer’s sufferers and stroke patients.

I know I’m something of a broken record here, but nothing makes me prouder of our profession than the work we do to improve and save lives.