Anyone who knows me well knows that I’m a car guy and an electronics guy. So I’ve developed a keen interest in autonomous vehicles, and have posted on them a number of times over the past few years.

I was especially struck by an article by Brian Santo that appeared a few weeks ago in EE Times. In the article, Brian detailed Arrow Electronics’ efforts to create a semi-autonomous race car that could be driven by a quadriplegic.

ile back. Today, there are cars on the market that can operate in fully autonomous mode along planned routes, or in low-speed, stop-and-go traffic situations.

But the car that Arrow’s SAM (semi-autonomous motorcar) design team worked on wasn’t interested in low-speed situations. We’re talking race car here, and the story is a fascinating one. (It’s also fascinating to see the car in person. We’ve had the opportunity to do so at a couple of Arrow events – we’re an Arrow partner – and I even got to see it on the track at a pre-race event at Watkins Glen in NY. Quite amazing!) 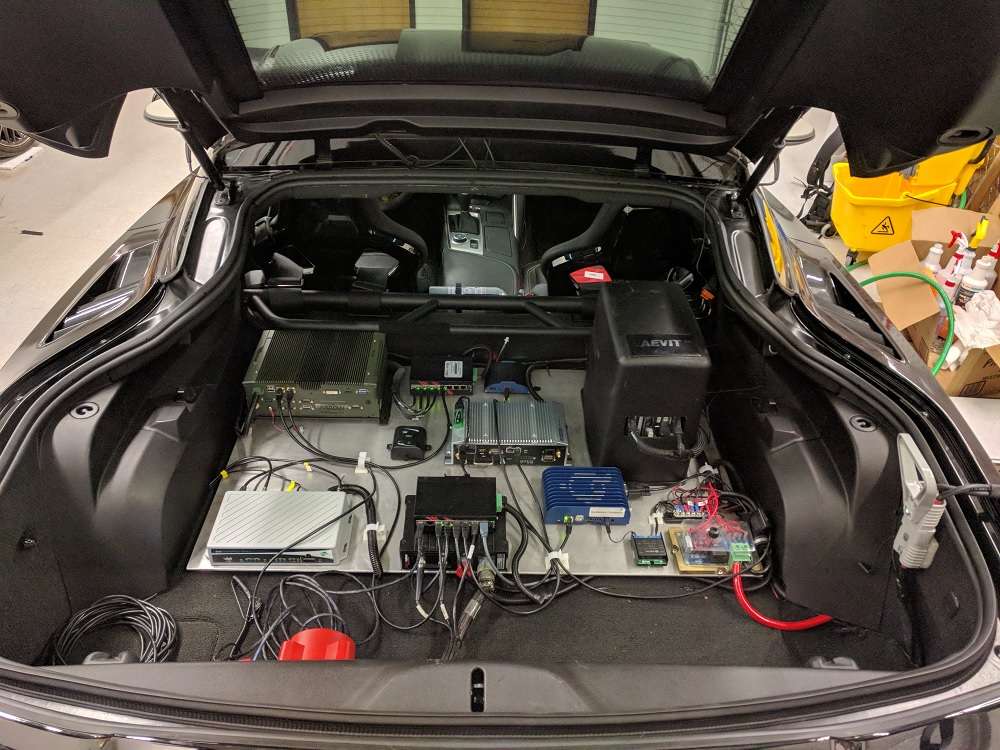 Sam Schmidt was an Indy-level race car driver who, in 2000, suffered a life-altering crash that turned him into a quadriplegic. Sam’s accident stopped him from driving, but it didn’t stop him from founding Schmidt Peterson Motorsports, an auto-racing team, and from becoming deeply involved in efforts to find a cure for paralysis. And then Sam got together with SAM on their challenge to create a race car that could be driven by someone with “a profoundly limited range of motion.” Safety was of paramount concern:

It’s not as if user safety isn’t something that engineers don’t deal with all the time, whether they’re designing controls for an elevator or the life support systems in a jet or a smartphone that ideally should not blow up in users’ hands. The difference with designing any kind of system for auto racing, however, is that recklessness is baked into the endeavor — it is, to use techie terminology, a feature, not a bug — and that’s when the competitors are able-bodied.

The article, which is definitely worth a read whether you’re a car person, an electronics person, or – like me – both, talks at length about the technology that went into the Human Machine Interface, the actuators (steering, braking, gas pedal), and the GPS-based path guidance system that would let Sam Schmidt drive the car. Lots of sensors and camera involvement, which I like a lot.

The upshot was that Sam Schmidt has gotten back behind the wheel, and on the Indy track in 2016 revved his Corvette up to 150 m.p.h. That year, he also participated in an actual time-trial race up Pike’s Peak, where he had a middling finish – but a finish that placed him ahead of plenty of able-bodied drivers. Since then, he’s driven the SAM card at speeds up to 190 m.p.h.

The SAM-Sam car remains a work in process, and new features – new technology – continues to be added.

I loved this story because it’s at the intersection of two of my interests. But I also love it because it demonstrates the life-changing power that the technology that we work on day in day out has. I don’t imagine there’ll be a lot of quadriplegic race car drivers out there, but the work that SAM and Sam are doing will help a lot of people out before they’re done.