(Seriously, how could I resist an article with the subhead “Engineers march toward progress”?)

That reference to marching was actually a nod toward April’s March for Science, which Rick named the 8th best innovation of the year, which he saw as “a pent-up desire to celebrate technology, the scientific method and the people who honor and practice it.” After that, he jumped right into a round-up of some interesting technology that, in many case, is relevant to the work that we do at Critical Link.

In 7th place he named Microwave-Assisted Magnetic Recording, the hard disk drive industry’s “reinvent[ion of] its core technology. We sometimes forget about some of the fundamental infrastructure – like all those HDDs out there – make a lot of more interesting and cool stuff possible.

Samsung’s 3D NAND and Intel’s 3DXP made it to Rick’s 6th place, and he gives Samsung most of the credit here.

Over the last few years Samsung’s engineers showed the world a new kind of 3D design and manufacturing. It has not only revolutionized NAND flash but become the poster child for a kind of monolithic 3D design likely to become a mainstay for the semiconductor industry for many years to come.

Rather than heap more praise on Amazon’s AI speaker – ‘Alexa, you’re so wonderful’ – Rick points out the Baidu DUEROS voice assistant which was arguably out there before Amazon. Baidu’s voice assistants “just happened to speak Mandarin so a lot of people in the U.S. didn’t notice them.”’ Point taken.

Nvidia’s Volta GPU is Rick’s third-best innovation for 2017. This is a chip tailored for training neural nets.

Volta beat enterprising startups such as Nervana and Graphcore to market and is getting raves from AI researchers putting the chip through its paces. This is the best of a big company watching the horizon and nimbly responding.

Mark me down as someone intrigued by the potential of neural networks. And speaking of neural networks, second place is held by Google’s Tensor Processing Unit. Initially “designed to speed inferencing jobs for deep learning neural networks,” it’s not been updated “to handle training jobs.” Google also gets kudos from Rick for disclosing much of the IP behind their first-gen TPU chip.

Rick’s first place for innovation goes to Extreme Ultraviolet Lithography, which I’ve seen referred to as the technology that’s going to extend the life of Moore’s Law, is what semi manufacturers will use once optic 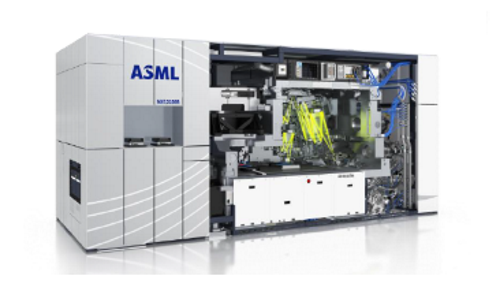 After more than 20 years in development, ASML shipped this year what it called volume-production-ready versions of some of the largest and most expensive electronics gadgets ever built. If the new EUV steppers succeed, they will help others build bleeding edge electronics devices for several years to come.

Rick notes that this EUV need some refinement, but it sure sounds like a game changer.

I like Rick’s list a lot. When I get some free time, I’ll think about what I would add to/delete from him. Or maybe I’ll just start keeping a closer eye out for the innovations that are happening in 2018, now that we’re one month into the year…