Home / Blog / Filling ‘er up gets the Faraday treatment

At one point or another during our driving lives, most of us have had the dreaded experience of noticing that we’re pretty much running on empty, and we make it into the gas station on fumes. Gas gauges are so much more sophisticated these days, even telling you how many miles you have left in the tank, that there are fewer worries that we’ll be the one walking on the side of the road, carrying the tell-tale red plastic gas can. In any case, unless we’re in the middle of the nowhere, we ca 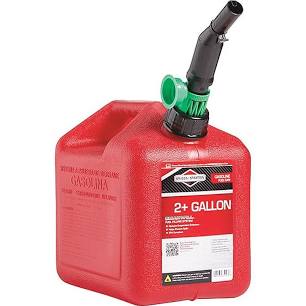 n usually count on there being a gas station around when we need one.

Then there are electric cars, where the “filling stations” – i.e., the charging points –  aren’t so prevalent, and the model for the world of electric vehicles hasn’t yet been perfected.

One thing that’s obvious is that, for a lot of reasons, the plug-in-and-charge method is not without its problems.

So . The method applies the principle discovered by Michael Faraday – way back before cars even existed – to today’s electric vehicles. To brush you up on Faraday’s work:

[Faraday] observed that moving a conductor through a magnetic field induced a current in that conductor. Subsequent investigations showed that this also works if the conductor is stationary and the magnetic field is moving. Since electric currents generate magnetic fields, and if the current alternates so does the field, an alternating current creates a field that is continuously moving. This means that running such a current through a conductor will induce a similar current in another, nearby, conductor. That induced current can then be used for whatever purpose an engineer chooses. (Source: The Economist)

To fill those electric vehicles up, the first conductor is composed of copper wire coiled around some ferrite. This is encased, creating a flat pad that can be buried. The vehicle gets outfitted with a pickup coil, and when its stopped over the spot where the pad is buried, induction works it magic and the car’s battery is recharged.

Having the buried charging pad and embedded pickup gets rid of one of the objections to electric vehicles: the unsightly clutter that plugs and cords involve. (Not to mention the tripping hazard and the fact that someone can unplug you if they’re so inclined.) The solution, however, does nothing to address the challenge of finding charging stations, nor does it address the fact that recharging a car’s battery takes quite a bit longer than filling your guzzler up with gas.

The ‘where’ and ‘how long’ challenges are being addressed by a couple of companies experimenting with electrified roads. This will let vehicles charge while they’re on the move. Of course, this involves digging up roads, laying down the conductors, and repaving when they’re done, which sounds somewhat costly.

Anyway, it’s interesting to see the Faraday approach applied finding a better way to keep electric vehicles up and running.