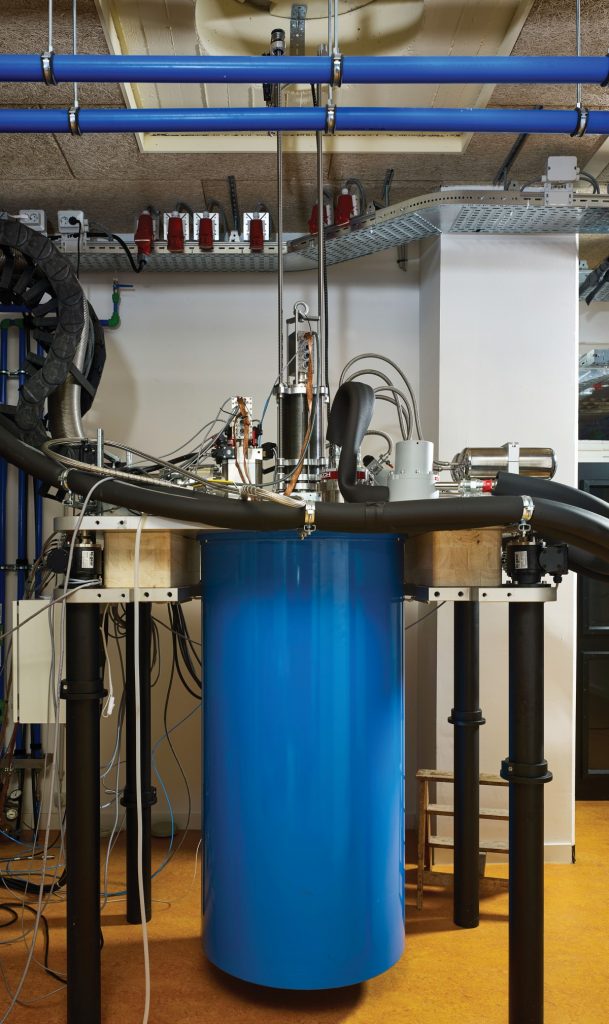 I’m just catching up on some reading, and one of the things I’m just catching up on is the MIT Technology Review for March/April 2017.  Each year, they feature what they view as the greatest tech breakthroughs of the prior year, and one of the technologies that made the cut this year was “the fabrication of stable qubits, the basic unit of quantum computers.” As a result of this breakthrough, quantum computers will become not only wildly more powerful, but more practical as well.

The Tech Review article notes that, for a while now, they’ve been looking at quantum computing as a possible candidate for their annual breakthrough list. And, until now, they’ve decided ‘not quite yet.’

This year, however, a raft of previously theoretical designs are actually being built. Also new this year is the increased availability of corporate funding—from Google, IBM, Intel, and Microsoft, among others—for both research and the development of assorted technologies needed to actually build a working machine: microelectronics, complex circuits, and control software.

If you’re not familiar with quantum computing, it has its center, has the quantum bit (qubit), “a basic unit of information analogous to the 0s and 1s represented by transistors in your computer.” Only much more powerful. That’s because they can simultaneously represent both 1 and 0, and because of something called quantum entanglement, through which qubits can affect other qubits, even when they’re not physically adjacent. “That lets quantum computers take shortcuts to the right answers in certain types of calculations.”

With their tremendous computational power will be used for applications that use large numbers. Those apps include encryption, AI, complex scheduling, materials science, and pharma research.

What’s held quantum computing back is how sensitive they are to “the slightest disturbance, like vibrations or fluctuating electric fields.” That sensitive makes it difficult for qubits to maintain their ability to represent both 1 and 0, and to achieve entanglement. Having qubits that aren’t subject to breaking down will decrease power requirements and let quantum computers more easily scale.

The stable qubits are still on the horizon. They won’t be available for another 4-5 years. So far, researchers have achieved stability for five-qubit computers, and have test systems at the 10- to 20-qubit level that aren’t quite so stable. The real computational breakthrough – taking quantum computers beyond what classical supercomputers can do – will come when stable 50 qubit computers are achieved.

Eventually, expect 100,000-qubit systems, which will disrupt the materials, chemistry, and drug industries by making accurate molecular-scale models possible for the discovery of new materials and drugs. And a million-physical-qubit system, whose general computing applications are still difficult to even fathom? It’s conceivable…

This is above and beyond – way above and beyond – what our applications need in terms of their computational power. But we have also seen remarkable increases in what our SoMs can do. Whether we’re talking about quantum computing or DSP, FPGA, and ARM boards, all I can say is that someday we’ll take today’s breakthroughs for granted!