The elderly mother of a friend of mine lives in Florida, and John visits her several times a year. Mrs. W. saves up a number of errands for John to drive her on: all the ones that require a left- hand turn against oncoming traffic. 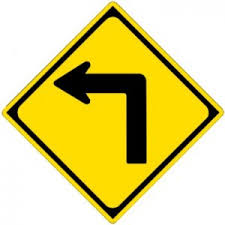 Left hand turns are hard, even for those of us who aren’t in our 80’s. The US DOT did a study of car crashes and found that there were nearly twenty times as many accidents on left-hand turns as on right-hand ones. If the task is difficult for us humans, it’s especially tough for self-driving cars.

I read about this in a recent article by Hiawatha Bray, who writes about technology for The Boston Globe. The article made the point that the left-hand turn is one of most difficult challenges that automotive engineers are dealing with. It’s a complex situation: there may be cars coming at you, and you (or your self-driving car) need to calculate speed and distance. Then there’s gauging whether there’s enough space for you to pull in and out of the way of oncoming traffic when you make your turn. Plus there’s figuring out what any pedestrians in your path may be up to. Some of these are technical problems – calculating speed and distance – that can be solved with technology. For self-driving cars, equipped with GPS navigation, cameras, laser rangefinders and radar, getting the speed and distance right for the vehicles in the vicinity of the left turn is relatively simple.  But what technology can’t do is figure out what the cars are likely to do next. Not to mention figure out what those pedestrians are up to.

Left turns are so tough because they involve psychology as well as technology. Drivers and pedestrians read subtle signals from each other as they approach an intersection. We’ve come to learn how to read those signals to make pretty good guesses about when it is safe to turn left in a variety of traffic conditions.

It’s not that self-driving cars are going to crash into other cars or mow pedestrians down.

When one of them can’t decide what to do, it will simply stop. But that could lead to traffic jams at busy intersections. It could also cause accidents, as frustrated human drivers try to cut around a hesitant autonomous car, only to plow into oncoming traffic.

And the problem will cut both ways. Without being able to make eye contact with a driver, how will pedestrians – and in Boston, I understand that means jaywalkers – know whether it’s safe to cross?

According to the article, self-driving cars that can safely make a left-hand turn are five to ten years away.

Until then, I guess my friend John will have to keep running those left-hand turn errands for his mom.