Like a lot of folks, I’m a fan of shows like CSI and NCIS, which demonstrate the ways that forensic technology can be used to solve crimes. I know that what’s portrayed may not be 100% realistic in terms of how simple it all seems, but it’s all very interesting – especially given that Critical Link has done some work with devices used for forensic analysis. Of course, as technology continues to improve and become more ubiquitous, it’s easy to see the increasing role that things like EZ-Pass data, smartphone GPS tracking, and personal wearables will play when it comes to mystery solving. (Not to mention the sometimes ludicrous ways in which nitwit criminals are apprehended because they posted an online video of themselves in the midst of committing a crime.)

Anyway, a recent article in Fortune on one particular instance of crime-solving technology definitely caught my eye.

It seems that there’s a news story from Ohio about how data from a cardiac pacemaker is being used to prosecute an arson case. After a suspicious fire in his home last fall, Ross Compton is now facing felony charges of aggravated arson and insurance fraud. Compton uses a pacemaker,

“…which police mined for data to help determine whether he took items from the home and tossed them out a window during the fire, as he’s claimed. A cardiologist who reviewed his heart rate and cardiac rhythms for signs of exertion when he raced to save his belongings, has said that his version of events during the fire are “highly improbable,” according to the Associated Press.”

There was other evidence that pointed to Compton’s culpability – like gasoline on his shoes and clothing. But the information captured on the pacemaker played an important role in the investigation.  According to Compton, once the fire started, he was able to gather up all sorts of things in his home that he wanted saved, pack them in a suitcase, and toss them out the window. This sounded a little fishy, of course. If your house is on fire, most people would think of getting out, not packing a suitcase. But the doctor who looked at the pacemaker data didn’t see any evidence of such a mad packing scramble – under the stress of your house burning down – could feasibly have occurred. 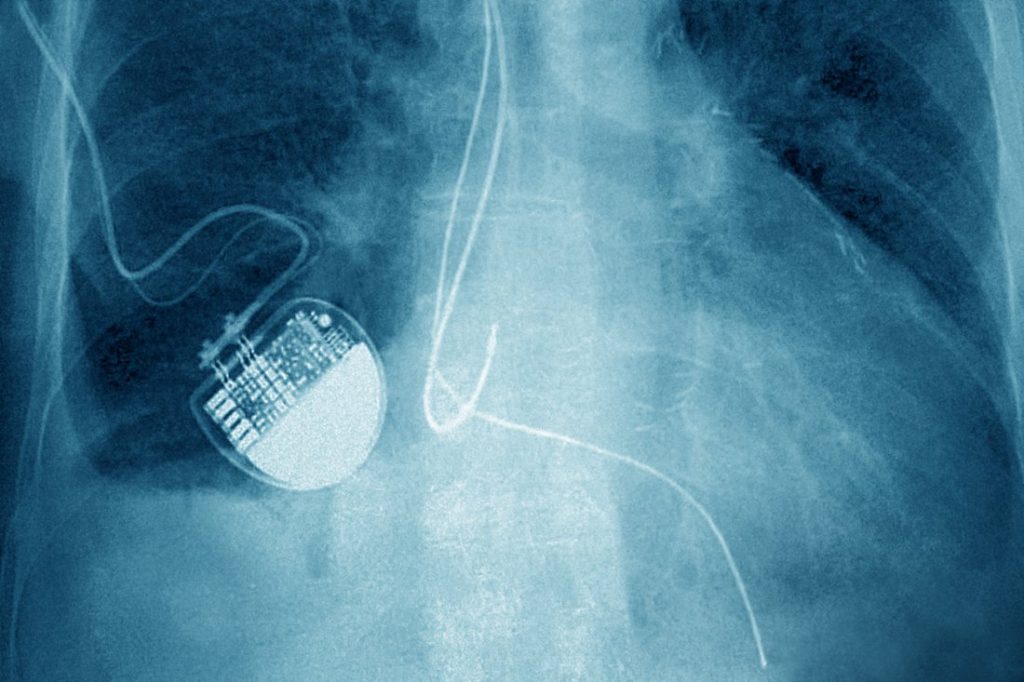 We will, of course, see more and more of this, as more of us become armed with medical or wellness devices that keep track of all sorts of things. Think about it. You could tell the police that you were home in bed sleeping. Your Fitbit might report that, between 2 a.m. and 3 a.m., you got in 4,000 of your daily paces – enough to get you to the robbery scene and back to bed.

One of the issues that the arson case brings up is that of privacy. With all of this real-time, moment-to-moment health data available, what happens to patient privacy? It’s not just an issue as it relates to law enforcement, but as it relates to things like health insurance, to accessing employee data, and other areas where, up until now, it’s been a simpler matter to retain some privacy rights.

Privacy issues aside, the story about the alleged pacemaker-wearing arsonist sure was interesting. Compton is scheduled to be back in court soon, so we’ll see how this forensic evidence will be used. What saved his life may end up putting him in prison. What a trade-off!