I don’t know about you, but I actually don’t mind a little peace and quiet when I’m pumping gas. But with BP’s latest development, going to the gas station may turn into a whole new interactive experience. 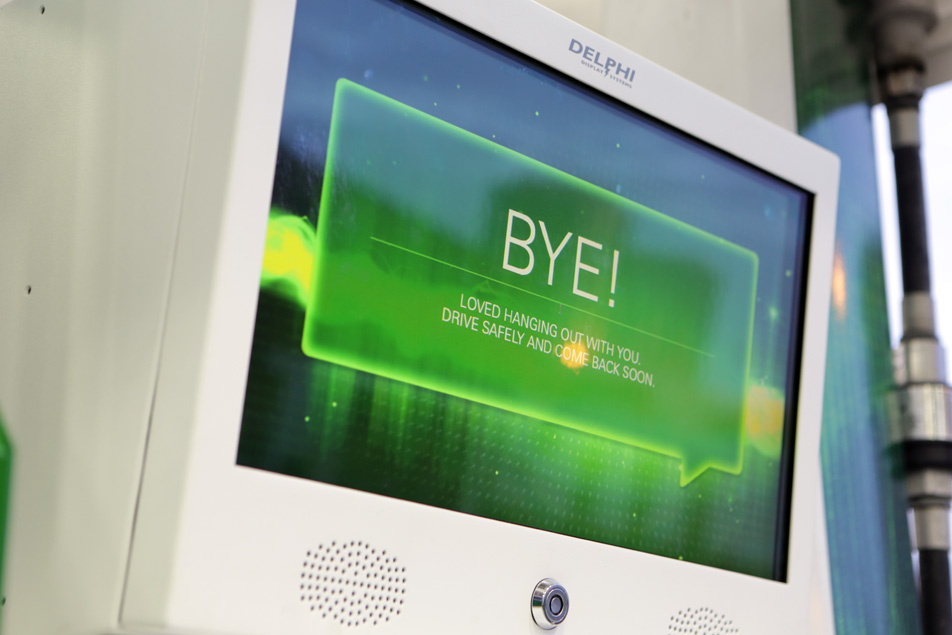 “Through February, the oil and gas giant BP is testing a new kind of pump technology at several gas stations in the Chicago and New York City metro areas. The technology includes a tablet that lets customers interact with an assistive, AI-based personality called “Miles.””

“BP says it’s installed proprietary voice-activation technology inside what it’s calling its new “personality pumps,” which let customers do everything from play music through Pandora to answering music trivia to whipping up a quick, fun video e-card they can send to a friend. “Miles” is a friendly sounding helper and keeps things light since, of course, most people will only be there for the 5 minutes or less it takes to put gas in the tank.” (Source: BGR)

This is one of many examples of how new technology is being put to use for what I would gather under the umbrella of marketing-related purposes. BP, I’m assuming, sees Miles as a way to differentiate what to large extent is a commodity product, and as a way to attract millennials to its brand.

Historically, the work that we do at Critical Link has been more what we have traditionally called “industrial strength applications”, but more recently we have also been involved in apps that are used for promotion/advertising and other purposes, similar to BP’s Miles.

As for Miles, I know that it was designed to appeal to millennials, not old guys like me. But living in the snow belt in Upstate New York as I do, I wouldn’t mind if they extended Miles’ functionality so that it could robotically pump my gas. Maybe they’ll roll that out in the next generation!