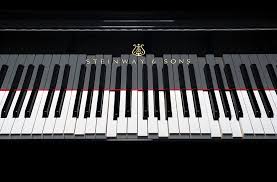 A friend of mine recently received an invitation to attend a demo of the Steinway Spirio, a high-res player piano. Anyway, my friend wasn’t able to go and see Spirio for herself, but she thought I might be interested in it from a technical standpoint. So I did a bit of digging around to see how Spirio works.

This is not your great-great-grandmother’s player piano, which probably batted out tunes like “A Bicycle Built for Two.” No, the Spirio plays musicians like Vladimir Horowitz, George Gershwin, and Thelonious Monk performing classical, popular, and jazz works. (They also have performances by artists who are still alive!) And the Spirio isn’t run from the paper piano rolls that had the notes pressed into them. Nor does it use the low-res, MIDI-file (and hardware) approach that more updated player pianos take.

For starters, here’s what Steinway says about Spirio:

“The Steinway Spirio is a new high-resolution player piano that provides an unrivaled musical experience, indistinguishable from a live performance. Steinway Spirio brings your piano to life with the world’s greatest music, independent of the listener’s playing ability.”

“The technology used in the Steinway Spirio utilizes a proprietary high-resolution software system along with solenoids (a current-carrying coil of wire) that actuate each note on the piano, and two pedal solenoids. The technology was developed in a partnership between Steinway & Sons and Wayne Stahnke, a pioneer of the modern player piano system.” (Source: Steinway)

I’m actually more interested in the recording technology that enables “recording at the highest resolution possible…that captures the nuances and full range of emotion from each artist’s performance” (and that must also be able to translate the long-ago recorded works of artists no longer around to perform) than I am in the playback. (Not that the playback isn’t interesting, as Steinway has technology that can “replicate smaller increments of velocity on both the hammers and proportional pedaling.”) I’d like to know just how the system measures the hammer velocity “and the positioning of the damper lift tray and key shift.”

After a quick search for more of the technical details, all I came up with was an article from Keyboard Mag that mentions “sensors that allow minute gradations of touch, trills, pedaling and more.” And this from Wired:

“Whereas most player pianos reproduce human performances solely by recording the key strike, Steinway amassed Spirio’s catalog with a far more sophisticated system. Hardware and software embedded into the piano measured the velocity of the hammer hitting the string in 1,020 increments, taking stock of the hammer’s location and speed 800 times a second. The pedal motion was similarly documented at 200 times per second. This data created a vastly more nuanced picture of what the pianist was doing at any given time, meaning the piano’s built-in songs capture dynamics, repeating notes and the subtleties of the transition, say, from staccato to legato.”

“A software-controlled solenoid (electro-magnetic) system that’s installed underneath the piano activates the notes. Think of it this way: If you give a robot a paintbrush and tell it to paint Picasso, it might get the lines exactly right. What’s missing is pressure of the brushstroke, the depth of color, the expression that makes it art. That’s what Steinway is trying to achieve with the Spirio.”  (Source: Wired)

Somewhere along the line, I saw that Wayne Stahnke, who developed the Spirio technology for Steinway, attributes “the advent of modern high-speed FPGA technology” to making earlier player piano breakthroughs he’d worked on possible.
Well, you know me. I’d like to know the specific details on what sensors they’re using, if the Spirio uses FPGAs….

Anyway, since the price tag is $100K+, I won’t be running out and buying a Spirio any time soon. And at that price point, I won’t be tempted to do a teardown to see what’s under the lid! Still would be interesting to know just what’s going on in there.