Home / Blog / More than a software company, that’s for sure

There’s plenty of evidence that Microsoft is more than a software company, even if old guys like me who remember when Windows was just becoming a force, and when everyone was beginning to write memos in Word, create presentations in PowerPoint, and balance the company budget in Excel, tend to think of them that way.

And if I needed any more, it’s all there in a recent Wired article by Cade Metz that my colleague Alex King sent my way.

The article focuses on Microsoft’s work with the programmable chips they needed to run all their servers and networking gear. And it starts out by recounting a 2012 pitch that Microsoft’s then-Director of Client and Cloud Application (and now Distinguished Engineer) made to Microsoft’s then-CEO (and now owner of the LA Clippers). What he was pitching was a project that “would equip all of Microsoft’s servers—millions of 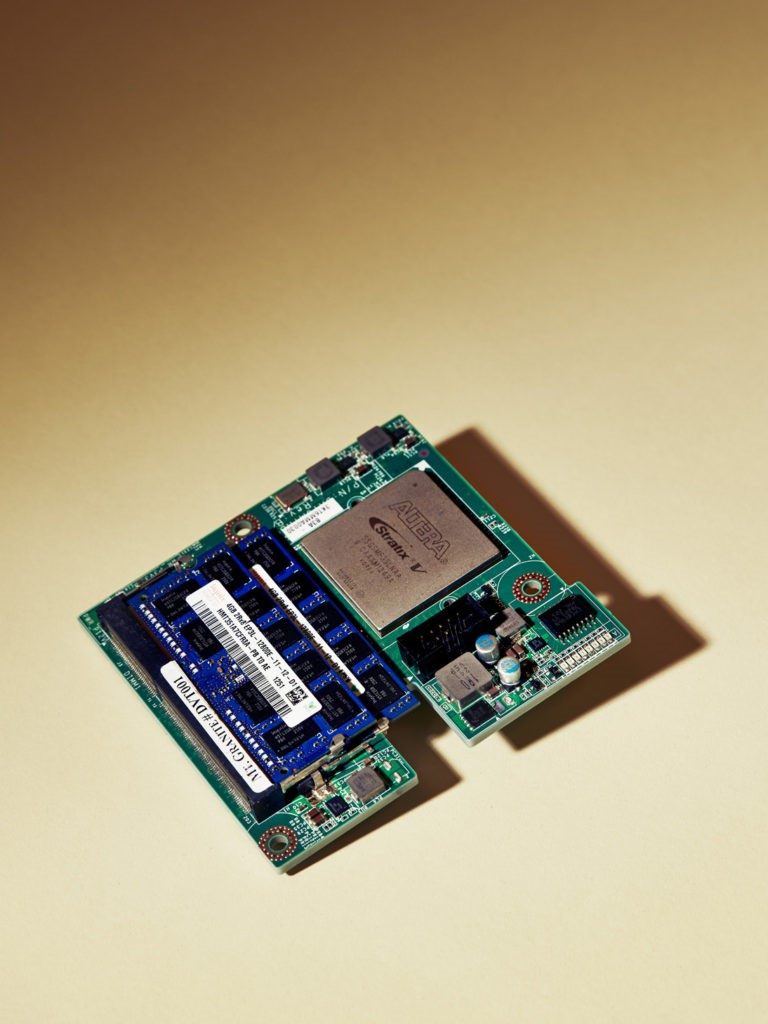 them—with specialized chips that the company could reprogram for particular tasks.”

At his presentation, Burger:

…told Ballmer that companies like Google and Amazon were already moving in this direction. He said the world’s hardware makers wouldn’t provide what Microsoft needed to run its online services. He said that Microsoft would fall behind if it didn’t build its own hardware.

The upshot was that Microsoft began working on programmable chips that rely on FPGAs. They’re already what’s behind Bing, they drive Microsoft’s cloud computing services, and they’re becoming part of the company’s work on neural networks. FPGAs are, in Burger’s words, “now Microsoft’s standard, worldwide architecture.”

All those sophisticated services – Bing, neural networks – are making demands on processors that can’t be accommodated by just adding more CPUs to the mix.

But on the other hand, it’s generally too expensive to create specialized, purpose-built chips for every new problem. FPGAs bridge the gap. They let engineers build chips that are faster and less energy-hungry than an assembly-line, general-purpose CPU, but customizable so they handle the new problems of ever-shifting technologies and business models.

At Critical Link, we’re rather partial to FPGAs ourselves, and incorporate them in a number of our SoMs (sometimes as an option). Microsoft uses FPGAs from Altera (which last year was acquired by Intel). Although admittedly on a smaller scale than Microsoft, we also work with Altera. We’re a member of the Altera Design Services Network, and our MitySOM-5CSX features the Altera Cyclone V SX-U672, which combines FPGA logic and a dual-core ARM Cortex-A9 processor subsystem.

Anyway, the full article is quite detailed and interesting, and is definitely worth a read.

But rather than leave you with that suggestion, I thought I’d close with one of the issues that Microsoft had to address when they started messing around with chips:

We’ve never thought of it as weird, but maybe that’s because we’ve been programming computer chips for such a long time!