Once again, there’s been a train accident which, if there’d been Positive Train Control (PTC) in use, might have been avoided.

So once again, we’re revisiting PTC.

Our first post on the subject, in December 2013, was in response to a commuter train crash in the Bronx in which four people were killed. Then there was the May 2015 Amtrak derailment in Philadelphia – 8 killed, 200 injured. We posted about that here. The National Transportation Safety Board (NTSB) investigation found that PTC would likely have prevented both of these incid 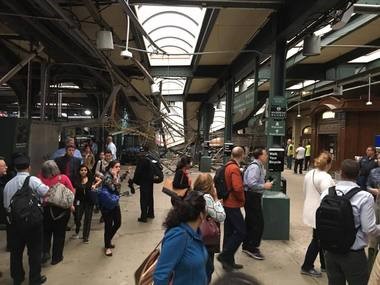 Which brings us to the most recent accident where having PTC in place might have resulted in an outcome different than 1 dead and over 100 injured in a commuter rail accident in Hoboken NJ.

When we first wrote about PTC, it was supposed to have been implemented by the end of 2015. Under pressure from the railroad industry, this was pushed back to the end of 2018. Too late for those killed in Philadelphia and Hoboken. And, as it turned out, NJ Transit had already been granted a PTC waiver from the Federal Railroad Administration (FRA), as long as they installed something comparable. As of this writing, the NTSB haven’t determined whether any speed control mechanisms were installed in Hoboken. Whatever answer they find, those mechanisms were insufficient to do the job.

PTC is an advanced system that:

“…uses communication-based/processor-based train control technology that provides a system capable of reliably and functionally preventing train-to-train collisions, overspeed derailments, incursions into established work zone limits, and the movement of a train through a main line switch in the wrong position.” (Source: FRA)

In any case, given the waiver, Hoboken would not have had PTC installed. What would have been in place is something called Positive Train Stop (PTS), which is a less advanced precursor to PTC. Would PTS have prevented the Hoboken crash? Would PTC? Too soon to know.

At Critical Link, we have a special interest in PTC, as we have worked on this valuable and life-saving technology. When we wrote about PTC in 2015, here’s a bit of what we had to say:

We are proud of the role we play in this important technology. Railroad systems are complex. So is PTC: it can’t be implemented overnight, so it’s understandable that it takes time to get all the different segments of a system up and running.  But PTC can save lives. If something good can come out of the Philadelphia derailment, it may be that we take another hard look at this important technology.

Substitute Hoboken for Philadelphia and we’re still hoping that there’ll be more attention paid to PTC.

And nearly three years after we first wrote about PTC, I find that we need to conclude this post the same way we did then:

When PTC becomes more widespread, it’s safe to say that rail travel will become safer – something we all want to happen as soon as possible.

I hope that the next time we revisit PTC it won’t be because, yet again, there was a fatal accident that PTC might have prevented.