Home / Blog / Before my time

It was before my time, but I did get a kick out of a great 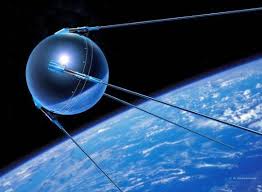 recent article by Steve Taranovich on EDN that talked about the technology that was emerging when EDN was first published in 1956 – back in the day when there was no such thing as online, when EDN was called Electrical Design News, and when the industry was “electrical” rather than “electronics.”n his article, Steve recaps some of the overall news events of the 1950’s, then goes through the major electronics technology designs from the year. I’ll be devotingtwo posts to this article. In this first one, we’ll take a look at what happened in the electric-related world, before my time, back in the 1950’s.

Most of us don’t remember life before television. While the technology was invented in the late 1920’s, it wasn’t until the 1950s’ that TV really took off. Now that we had TV, I guess video tape recorders were inevitable. The VTR was developed in 1951, and first sold in 1956. For $50K. I don’t imagine there were too many of those in living rooms recording The Ed Sullivan Show…

It wasn’t all TV in that prehistoric decade. People may have been watching, but kids were starting to listen to rock and roll on transistor radios, which came to market in 1954.

Also in the 1950’s, the first passenger jets were put into service. And in 1953, the first black box flight recorder was put into one of those jets. Sputnik went higher and further than jets. It was launched in 1957, and the space race was on.

The first solar cell came on the scene in 1954, at Bell Labs. And the first computer hard disk came out in 1956. Its name was a mouthful: the IBM 350 Random Access Method of Accounting and Control (RAMAC).

“… a magnetic disk storage device, [RAMAC] was ready in 1956 and held 5 Mb of data and cost $10,000 per megabyte. The device was the size of two refrigerators, weighed in at over a ton, and employed 50 24-inch platters for storage. This device replaced reams of paper that previously tracked inventory, payroll budgets, and other business-related data crammed into file cabinets.” (Source: EDN)

When we look at the power packed into our smartphones, it’s hard to believe that something the size of two fridges, weighing over a ton, was a revolutionary breakthrough.

But that was then, before my time…