We’re all familiar with Underwriters Lab, and we’re used to seeing the UL symbol on the cord tag of our electrical appliances.  But things electrical – which were just being introduced when UL was founded in 1894 – have given way to things electronic.  And (depending on who you’re listening to) sooner or later, everything electronic (including all those UL-labeled appliances) will end up as part of the Internet of Things (IoT).

Earlier in the year, the UL published a cybersecurity standard “for the testing and certification of connection devices.” UL 2900 aims to address what has been one of the more significant barriers to wider spread IoT adoption: security. 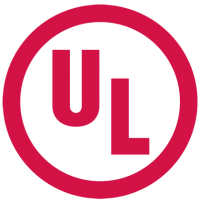 While some have welcomed UL jumping in with their Cyber Assurance Program – they believe that it’s useful to have a third party certification available in this arena –  there’s concern that there are already so many security requirements established by vertical industry segment, that there’s really no room to adopt a truly common set of standards.

EE Times last week published in interesting article on this, including a Q&A session they had with UL, and I thought it would be interesting to pull out some of the highlights. (All material in quotes in this post comes also comes from the EE Times article, which can be found here.)

Those are some of the highlights. If you’re building an IoT application (other than a connected vehicle) and you think UL certification might be useful, check out the full article, or take a look at UL.com.