I spent the better part of last week in Boston, where Critical Link participated in The Vision Show, an AIA trade show focused on machine vision and imaging components and solutions. As always, the show was very interesting, and I enjoyed meeting up with customers, prospects, and partners. Not to mention seeing some very interesting technology. (I’m now mulling over whether there was anything I experienced there that would be a good topic for an upcoming blog post.)

While I was in Boston, I also saw a bit of the local news. One of the most prominent stories featured was about a tragic event that had occurred over the prior weekend. A young woman, out for a ride on her moped on a lovely spring day, was struck and killed by a duck boats. The accident took place on a tricky corner: a tight right turn onto a hill sloping up that has narrow lanes. 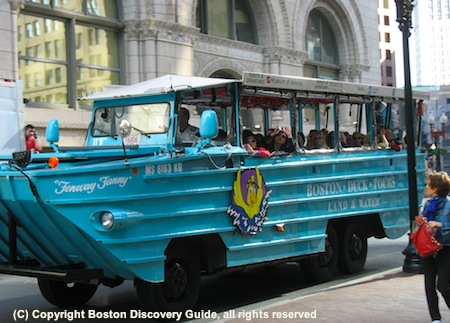 For those of you who aren’t familiar with duck boats, they’re repurposed World War II amphibious personnel carriers, now used to provide tourists with a combined land-water tours. I’ve yet to take a duck tour, but they’re very popular in Boston. The trouble with the duck boats is that they’re large, high off the ground, unwieldy, and have a number of blind spots. This all makes them especially hazardous in urban areas where the streets are crowded, and the duck boats have to share the way with cars, trucks, pedestrians (and, as this is Boston, jaywalkers), bicycles and scooters.

Below there’s a schematic that I found on The Boston Globe that illustrates what those blind spots are. 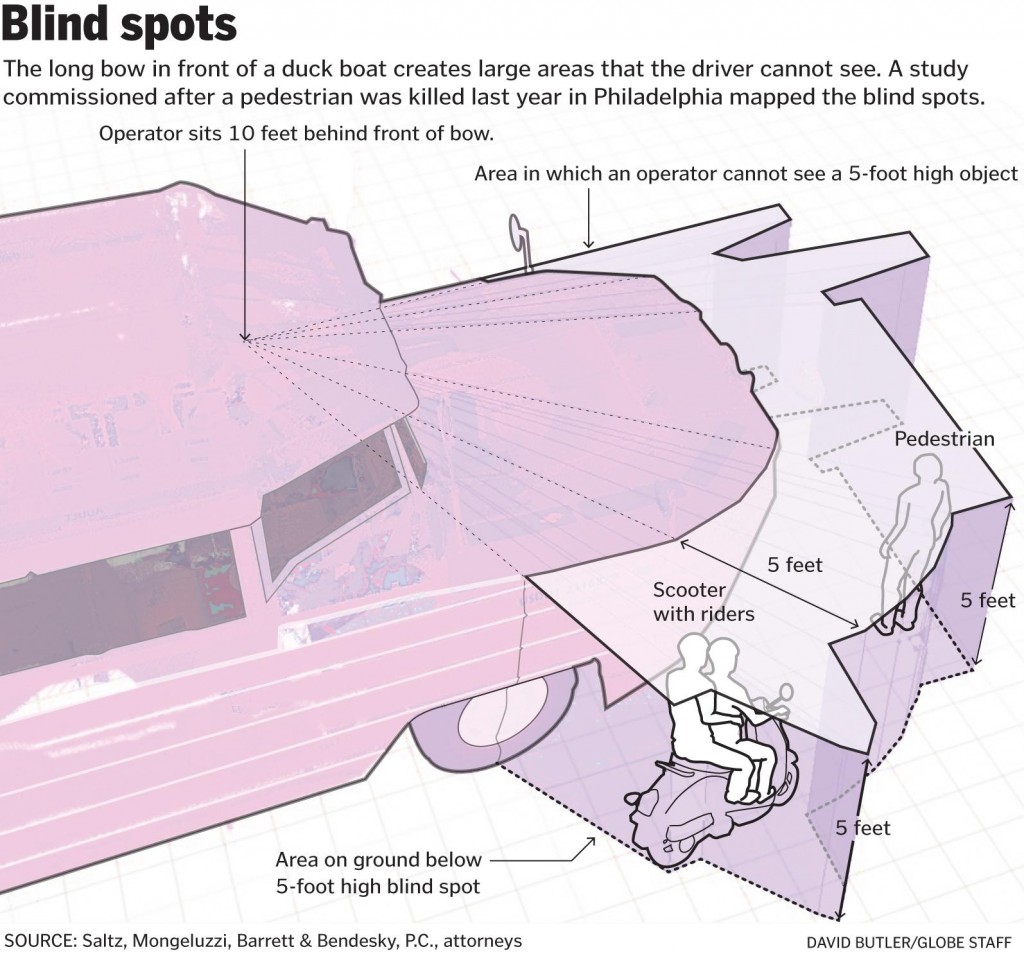 As you can see, there are some pretty substantial areas in the front and to the side of the duck boat where the driver would not be able see something that was as low to the ground as a scooter.

Inevitably, there have been calls for banning the duck boats. (Around the country, there have been several fatal accidents involving them over the years, and the calls to do away with these types of tours are by no means unique to Boston.)

What might be better is equipping these vehicles with cameras and sensors that would alert the driver to something that they couldn’t see. These could even be connected to a braking or sound-warning system. The technology exists, and there are already many commercial products on the market that address the problem of vehicular blind spots.

If there’s any good that can come out of this tragedy – and how can this terrible, accidental death of a 29 year old woman be anything other than a tragedy – it will be that duck boats are made safer so that an accident like this won’t be repeated.

The irony here is that one of the big staging areas for Boston’s duck tours is just out back from the conference center where The Vision Show was held. Hopefully by the time the next edition of the show comes around in another two years, the duck boats will all be taken care of.