Over the summer, I took my kids out to a weekend breakfast at a local Panera. If you’ve never been to a Panera, they’ve always (in my experience) had a system where, after you placed your order, they handed you a buzzer that lit up, buzzed, and vibrated when your order was ready. You then went up to the counter and picked it up.

Last year, they began introducing table service. Rather than having to fetch your own order, they’re now rolling out technology that enables servers to bring your order to your table.

Critical Link, while not part of the LRS solution, does have clients that use our SOMs to implement base/control stations that do similar things.

Anyway, my kids thought the Table Tracker was pretty cool, and I could use it to explain to them a bit about what mom’s company does.

And speaking of my kids, here they are, waiting for our table to get tracked. 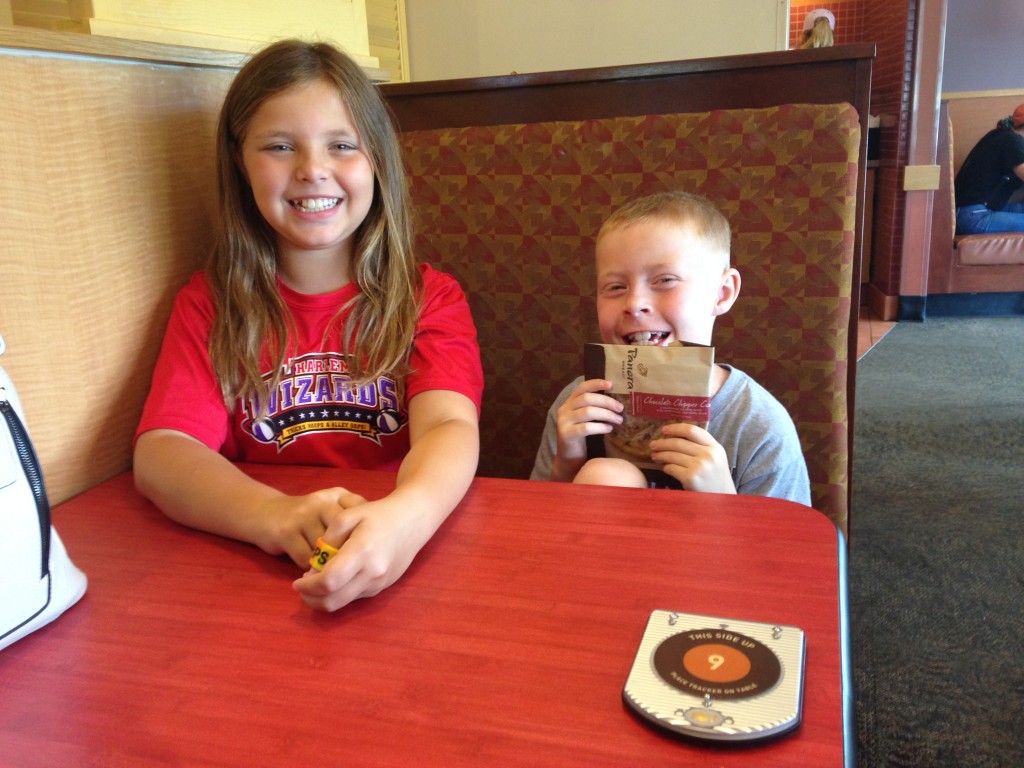 The Panera we were in also had new order kiosks installed that will let you place your own order, rather than give it to an actual human. They weren’t yet active at the store we were at, but, honestly, I’m not sure how I feel about this. One of the things I like most about eating out is that I don’t have to do the work! Granted, it isn’t like Panera is asking me to prepare my own food (though honestly even if they were, I would still cherish the fact that I didn’t have to get the groceries…) But I’m still taking on more responsibility than I’d like. But I guess that’s exactly the point, as this article notes that a shocking one in seven orders are wrong in the food service business.

The bottom line is that we’ll probably be seeing a lot more of these automated system in “fast casual” restaurants like Panera. Seems, alas, like they’re more efficient that us humans.